skip to main | skip to sidebar

The announcement came as the Washington, D.C.-based conservation organization released a report titled "Super Markets" that says 36 percent of major supermarkets nationwide, or about 6,400 stores, post the mercury advisory, including 95 percent of supermarkets in Washington state.

However, mercury warning signs are virtually absent in supermarkets in numerous states, and several major retailers, such as Wal-Mart, Publix, Hy-Vee, A&P and Giant Eagle, refuse to post the signs, says Oceana.

"Posting a sign that tells consumers which fish they should avoid would let them know that other fish are OK to eat and allay any fears they may have," says Simon Mahan, Oceana campaign manager and the report's lead author. "In fact, some grocery stores that posted the advice had no negative effect on their seafood sales and one company even reported that seafood sales increased after posting the signs."

Critics of posting the mercury advisory at seafood counters argue it inadvertently scares non-targeted consumers like men away from seafood, a healthful protein. Additionally, retailers that post the signs may not even sell the species listed in the advisory.

What is Organic Food? 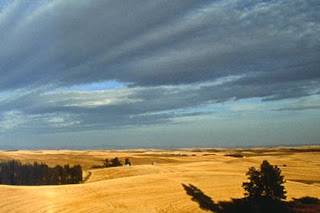 What many consumers want to know when they hear about organic foods and organic farming is, “what exactly is organic food, and why does it cost so much more than regular foods?” In making their decision to go organic, consumers need to weigh benefits of an organic diet against the higher costs involved in eating healthy organic foods and produce. To make this decision, consumers should look beyond the rice cakes in the cereal aisle, and instead see eating organic vegetables and foods as a positive lifestyle change that brings with it many advantages for your health, and the environment.

So, what is organic food? Essentially, Organic foods are any food product which is grown in organically certified land without use of chemical treatments in the fertilizers and pesticides. Anything added to the soil, or put on the plants must be from a natural source, be completely devoid of chemical additives, including inadvertent additions. The lack of these chemical fertilizers means a smaller, but healthier crop yield. Combine this lower crop yield with the growing demand for organic foods, and you begin to understand why eating healthy Organic Foods will cost you a little more.

For decades growers used chemically enhanced fertilizers and pesticides because they were inexpensive, and increased crop yield per acre. Though these chemicals and pesticides kept insect intruders at bay, they were releasing contaminants that leached into the ground, and into surrounding water supplies. Farm run off continues to be a major source of pollution, and studies suggest these chemical contaminants contribute greatly to negative health effects including certain forms of cancer.

Organic farming practices deliver safe, healthy foods to your table, while also healing the land. Over time, eliminating use of these chemical fertilizers and pesticides makes for a healthier environment, and a cleaner source of potable water in your community. Eating organically is good for your own health, but is also good for the health of our planet. So yes, switching to an organic life style is going to cost you a bit more money, but if you weigh the benefits of this significant life style change, the benefits of eating Organic are well worth the extra costs incurred.
Posted by Aroma Thyme Admin at 3:19 PM No comments:

The Healthy Effects of Red Wine in Moderation

Red Wine is an Enjoyable Beverage, and Good For Your Health! 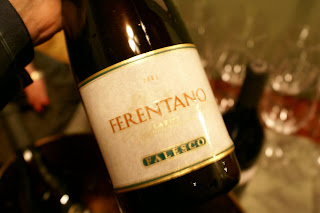 A great red wine can make a dinner, and having a glass while enjoying the musical entertainment here at Aroma Thyme Bistro can actually benefit your health. You could say that enjoying and learning about red wines is a healthy hobby that brings with it the joy and knowledge that comes in sampling and savoring the different red wines out there, getting better at identifying and appreciating the nuances found in the multitude of red wines bottled each year. In sharing the health benefits of red wines, we offer you one caveat…as with all alcoholic beverages, drink in moderation.

Red wines as a rule are a rich source for biologically active compounds known as phytochemicals (chemicals found in plants), specially polphenols (catechins and reseveratrol) which are antioxidants. The definition of antioxidants is a/any substance which reduces oxidative damage (damage caused by oxygen such as that caused by free radicals).

• Catechin appears to play an important role in reducing the risk of heart disease.

• Another antioxidant group called Saponins, is also found in red wine may offer protective benefits for the heart and is easily absorbed by the body.

• So, the next time you pour yourself a glass of red wine, remember that in addition to its great taste, in moderation it is good for you.
Posted by Aroma Thyme Admin at 8:10 AM No comments:

Healthy Eating Can be Fun

Come Dine With Us

We welcome you to explore Aroma Thyme Bistro by clicking the photographs below which are all active links.

Join Our Beer of Month Club 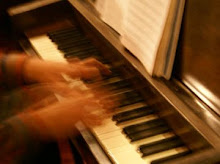 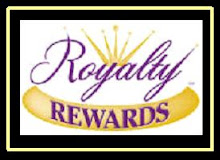